Racing Point’s copying of last year’s Mercedes car has led to controversy, with Renault lodging a successful protest over the design of its competitor’s brake ducts.

The matter is now all set for a definitive ruling at the FIA’s International Court of Appeal, with Ferrari having also joined the action because it wants to clear up just how much teams are allowed to collaborate and clone designs.

A number of other outfits have also expressed concern that if the FIA allowed blatant copying to take place then it could drive away independent designs and change F1’s DNA forever.

The FIA has accepted that a free-for-all in copying is not where F1 should go, and Nikolas Tombazis, its head of single seater matters, revealed recently that it was now working on new regulations that would stamp out anyone repeating a wholesale copy like Racing Point did.

“This will prevent teams from using extensive photos to copy whole portions of other cars in the way that Racing Point has done,” he said. 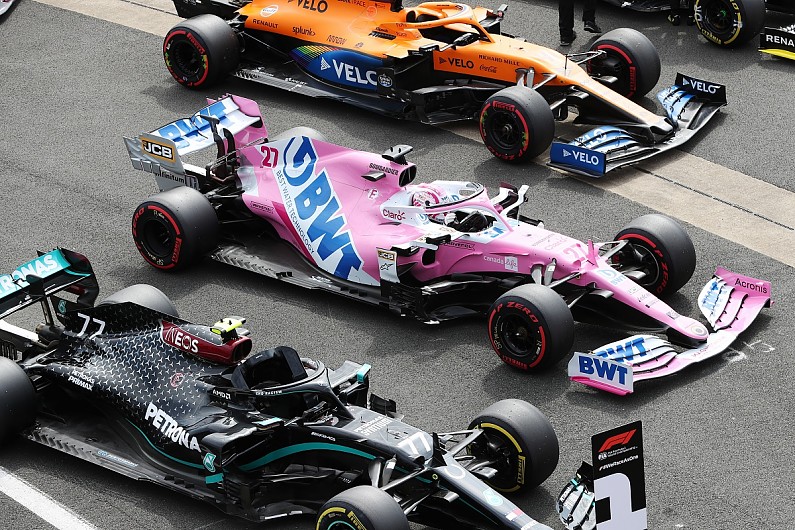 “We will still accept individual components to be copied in local areas, but we don’t want the whole car to be fundamentally a copy of another car.”

While the details of the rules have not yet been announced, Todt has faith that when they are published they will satisfy those outfits that want to ensure each team has its own identity and car.

Speaking exclusively to Autosport about the Racing Point affair going to court, Todt said: “Clearly the concern of some teams about copying is something we want to address.

“The specificity of Formula 1 is that each F1 team is a manufacturer, responsible for the design of its car. So if we have to be more precise in the wording of the text [we will do it].

“It’s something we are now fulfilling and maybe in the light of that, the teams will be happy with the new regulations, so we will see what happens.

“But for me it would be inappropriate to comment on a matter still under appeal.”