Racing Point Formula 1 technical director Andy Green says his squad is yet to fulfil the potential of its RP20 and has only seen “glimpses” of the car’s true form.

The Silverstone-based team’s car is generally regarded as the third fastest on the 2020 grid behind Mercedes and Red Bull but has potential to challenge Red Bull and compete for second.

That was the case over one lap in Hungary, where Lance Stroll and Sergio Perez qualified on the second row only behind the Mercedes duo.

However the team hasn’t backed up that pace with equally strong race results and currently lies only fifth in the F1 world constructors’ championship, one point behind Ferrari.

Racing Point’s British GP was compromised by the loss of Perez, after he tested positive for COVID-19, and the need to get his replacement Nico Hulkenberg up to speed, which meant that the team had to abandon its usual Friday programme.

In the end a clutch issue meant that the German didn’t even make the start, while Stroll – who was fastest overall in FP2 and started sixth – could finish only ninth.

“I’d say for lots of different reasons, we would admit that things haven’t gone our way and we have made mistakes in the first few races,” said Green when asked by Autosport.

“And we’re underperforming [at Silverstone], but again, for something that I think is out of our control, with respect to losing a driver and having to change our weekend around.

“It’s not something that you can really point the finger at. And just lots, lots of little things haven’t quite gone our way. And we’ve seen glimpses of what the car’s capable of doing, and we just understand that it is very difficult to keep it there at its peak.

“And we have to work incredibly hard to do that. So I think that’s, that’s a lot of the problem. I don’t think we’re the only ones up and down.” 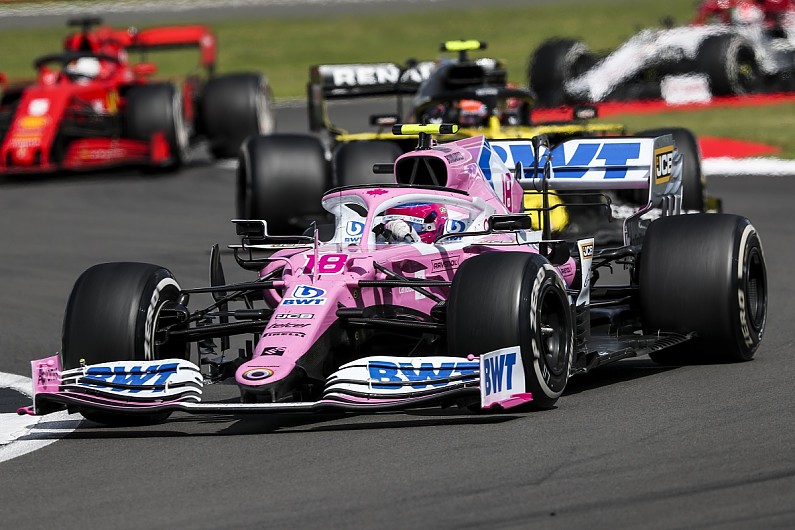 Green indicated that the team still has much to learn about the RP20, having switched its aero concept over the winter.

“And we only had a handful of days of running around in Barcelona back in February time, whenever it was, [at] a cold Barcelona, to try and understand it. So we’re still learning.”

Team boss Otmar Szafnauer agreed that the team has underperformed, and pointed out that at Silverstone the safety car intervention meant that Stroll was not able to reap the rewards of getting through Q2 on the medium, which meant that he would have run longer than his main rivals in the race.

PLUS: Why Silverstone is “not friends” with tyres

“I think Andy Green is right, and sometimes it’s circumstance,” said Szafnauer. “I thought Lance did a great job making it into Q3 with the option tyre where we should have had an advantage.

“But that never happened due to the safety car. The safety car comes out, we dump the option tyre which should have been a better tyre in the laps to come, we get rid of that, that advantage is gone and now we’re all on the same prime tyre.