After the frantic first leg of the reshaped 2020 Formula 1 season, action resumes with the British Grand Prix to mark the first of a Silverstone double-header.

Following a short breather to recover from the first trio of consecutive races, the F1 paddock reconvenes for a two-week stay at Silverstone as circuit hosts two behind closed doors races.

Having claimed the record for most British GP wins by a driver last year, Lewis Hamilton will be strong favourite for victory off the back of two straight pole positions and wins at the Styrian and Hungarian rounds.

But Mercedes team-mate Valtteri Bottas, winner of the 2020 opener, will be eager to strike back having lost the F1 world championship points lead to Hamilton last time out. The British driver currently leads the early standings by five points.

Due to the brief pause between the two opening triple-headers, the majority of F1 teams are expected to deliver various upgrades to their car packages having had time to digest the data and return to the team bases after the last three races.

While all teams will be aiming to close the gap to the dominant Mercedes squad, Red Bull has also undergone a technical reshuffle with Daniel Ricciardo’s former engineer Simon Rennie slotting into a trackside role on Alexander Albon’s side of the garage.

Ferrari has also announced a technical personnel shake-up, as it restructures its entire technical department following its tough start to the 2020 season.

Silverstone, which offered to host 12 races to help organise the 2020 F1 calendar hit by the COVID-19 crisis, has also urged fans to stay away from the circuit during the two races due to the health restrictions and measures taken to ensure F1 received the green light to go racing – warnings backed up by Hamilton and the local police. 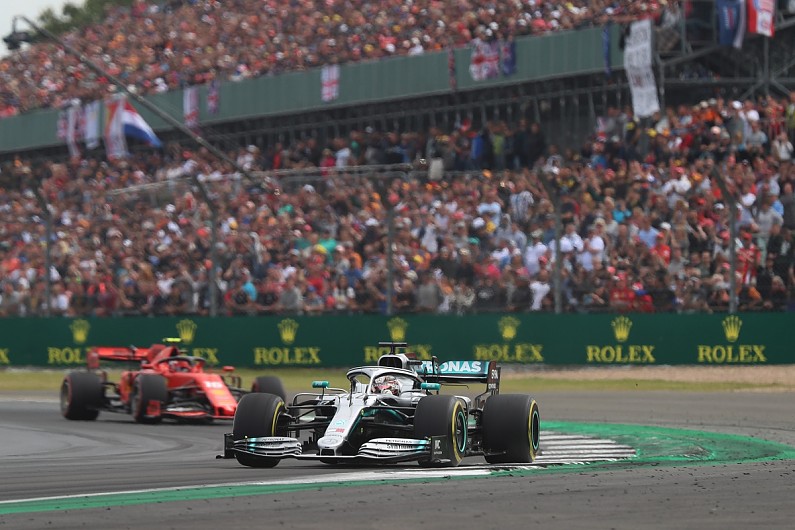 The British GP starts the second run of triple-headers with the 70th Anniversary GP also being held at Silverstone, before the trio is set to be completed with the Spanish GP.

F1 is sticking to its traditional format of two free practice sessions lasting 90 minutes each on Friday, followed by an additional practice session running for one hour on Saturday morning.

The Q1, Q2 and Q3 knockout-style qualifying format is also being retained on Saturday afternoon to decide the grid for the 52-lap British Grand Prix on Sunday.

The Formula 2, Formula 3 and Porsche Supercup series are all acting as support classes to the F1 British GP.

Pirelli has opted to move one step softer for the second Silverstone race, next weekend’s 70th Anniversary GP, with the hard tyre C2, medium tyre C3 and soft tyre C4.

For at least the opening eight races of the reshuffled 2020 F1 season each driver will be given the same allocation of tyres per race: eight sets of soft tyres, three sets of medium tyres and two sets of hard tyres. Pirelli will also supply a range of wet and intermediate tyres for each driver.

In addition, at the second Silverstone race all 10 F1 teams will test 2021 Pirelli prototype tyres during Friday practice and at the Spanish GP the following weekend. 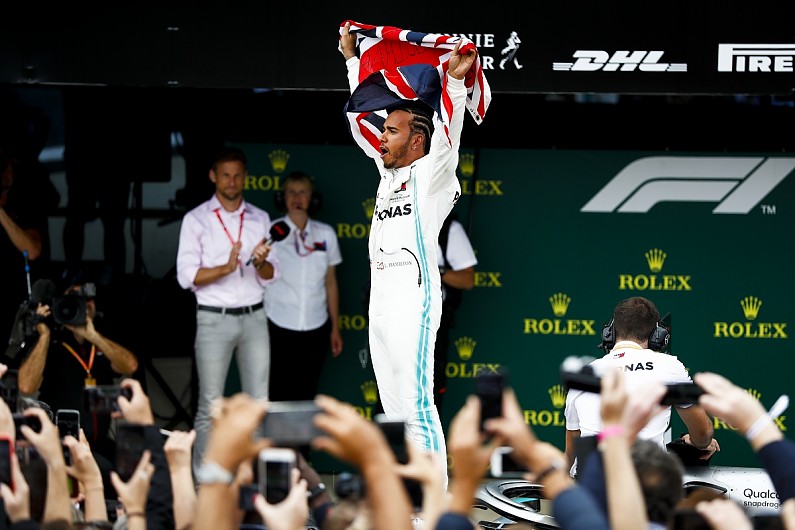