Ferrari Formula 1 boss Mattia Binotto insists the rivalry between Sebastian Vettel and Charles Leclerc inside the team is an “advantage”, despite a few controversial moments last season.

Leclerc hit the ground running during his first season at Maranello, taking seven pole positions and two victories in a campaign that left Vettel under pressure to up his game.

And although their battle for supremacy boiled over at times – including a collision in Brazil and some outspoken radio remarks over team orders – Binotto is comfortable with how the situation is between the pair.

In an exclusive interview with Autosport reflecting on last season, Binotto said it was only right that they were so determined to beat each other.

“If I look at the two drivers at the moment and how they are behaving together, it works very well,” he said.

“There is a good spirit, a good benchmark and in qualifying, when Charles is disappointed that he is behind Seb, it is good and positive.

“But between the two, after all the polemics that we may have read in the newspaper about the radio communication, that is one point that is not a concern at all.

“In fact it is opposite.

“It is a good line-up, as well as quite different in terms of experience, driving. For us, that is an advantage.” 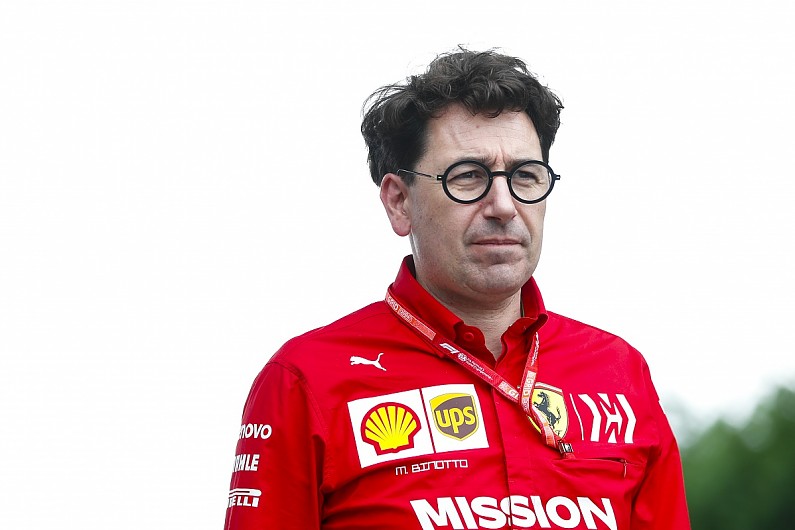 Binotto suggests that while there were controversial moments between the pair last year, he thinks matters were never so out of control that things cannot work this season.

Asked if such friction was an inevitable part of having two top line drivers racing against each other, Binotto said: “You have to accept them because that is obvious. They are top drivers and they are there to do their best and to win.

“Arguing on the radio is never the best because when you are in the car you do not have the full picture, so then it is a matter of trust: trusting the team, even if you make mistakes, as the drivers may make them.