McLaren CEO Zak Brown believes half the Formula 1 grid will run at cost cap level after it kicks in in 2021.

F1 will introduce a cost cap of $175 million next year as part of its push to bridge the gap between the highest-spending outfits and the rest of the grid.

The cost cap, which will not include salaries for drivers and three highest non-driver earners along with certain other exemptions, is still seen as being set too high by several teams, with Renault and Racing Point among them.

Brown is in agreement with his midfield rivals in that regard, but believes the cost cap will still serve to even things up in its current guise, as he expects as many as five teams to spend to the limit.

“I think I’d like to see the cost cap [at] what was originally proposed, but when you’re trying to get 10 teams together, there’s obviously compromises that need to be made,” Brown said.

“So I think it’s a great first step. I think we’re getting substantially outspent. If you look at the grid order, it pretty much lines up by who spends what. 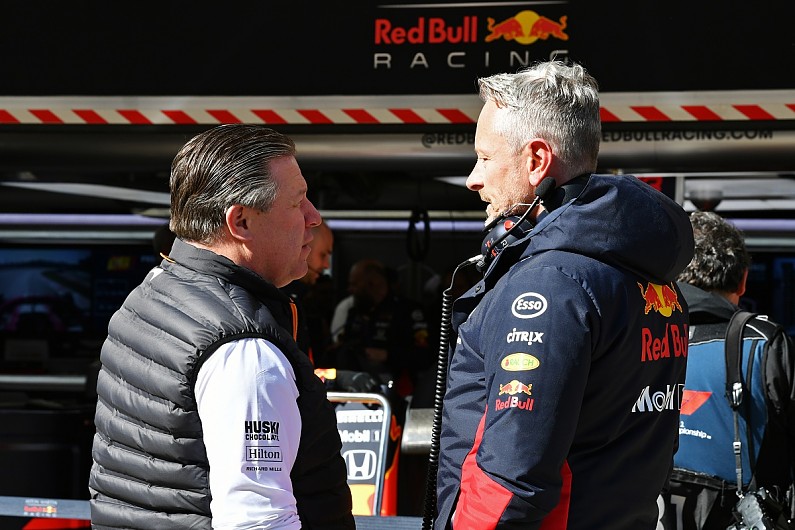 “And when the cost cap comes in, I think you’ll have five teams running at the cost cap, and therefore anything can happen within those five.”

Brown acknowledges that it will take a season or two for the cost cap to have a noticeable impact.

“I’m excited for ’20 but realistically the grid will probably look pretty familiar,” he added.

“I’m really excited for ’21 because who knows what that’s going to look like.

“I do think it’s going to take a couple of years for the cost cap to have much real impact, because people are going to be spending now for ’21.